"Political Corruption at the Highest Levels" 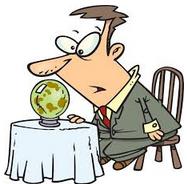 Jeffrey Epstein is the criminal that the justice authorities don't seem to want to do anything about.

So he had an island to which he flew many of the (probably misnamed) "great and the good" (according to the flight logs) for purposes about which we can only speculate (although Epstein had a certain reputation and the authorities were crawling all over the place after his arrest so there can't have been anything that they didn't notice).

So Jeffrey himself was imprisoned and died in controversial circumstances, and his right-hand accomplice Ghislaine Maxwell was also convicted and imprisoned, and then ... nothing.

What about all the people on the flight logs?

Well, if the authorities don't want to take any of this any further, it's up to the people, and fortunately there are people who have been prepared to delve a bit deeper and connect the dots; maybe eventually we will see these efforts also connect the criminals with the justice they deserve.

But it certainly goes much deeper and wider than we might think ...

If you don't have time for the video, do read Dr Mercola's article which covers the main territory.