If You Are in a Hole - Stop Digging! 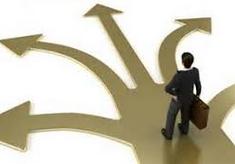 Unless of course you are a politician - as we all know, the normal rules of life on Earth never apply to them.

At the start of the "military intervention" in Ukraine, peace talks were held and seemed to offer reasonable hope of a negotiated solution - until western politicians (reportedly not least Boris Johnson) leaned on Zelenskyy to scupper the process.

Boris could have joined forces with Putin to support a referendum along the lines of the Scottish referendum on self-determination (if it was good enough for the UK then why not for the Ukraine?) but chose not to for reasons that seemed to amount to little more than "Putin Bad - Zelenskyy Good".

The Ukraine-Russia spat is on the face of it nothing to do with the UK. Ukraine is not a member of NATO. The UK is not a neighbouring territory with "interests". For the UK to intervene to facilitate a negotiated and peaceful resolution would be reasonable ("blessed are the peacemakers"), but to intervene to scupper the negotiations and to add insult to injury by supplying funding weapons and training to Zelenskyy seems perverse and unnecessary in the extreme.

Nevertheless the UK is but one party to NATO, whose members were so carried away by their synthetic outrage that they imposed draconian sanctions that far from hurting the object of their hatred, simply threatened the imminent implosion of their own economies.

Now that Puitn has held his own referenda in the DonBass and the gas supplies to Europe from the Nordstream pipelines have been cut, a vast flock of chickens is racing home to roost and no amount of flinging around of the blame on either the guilty or the innocent is going to solve the resulting impasse.

There is now no political way out other than humiliating acceptance of the Russian demands (unthinkable), passive acquiescence to Russian military conquest of the whole of Ukraine (now branded terrorists) (barely tolerable), or full-on WW3 (don't even think about it).

The omens are not propitious, and our Ukranian refugees so publicly welcomed may yet come to regret accepting our illusory offer of sanctuary.