A Budget for Destitution? 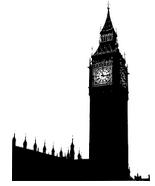 Jeremy Hunt has told us how it is to be.

Global Britain highlights the tragi-comedy of the current LaboTory government:

"It not only raises taxes to an unprecedented peace time level but it fails utterly to address the fundamental problem of far too much Government ... "

"The cancellation of carbon, the very basis for the industrial revolution, with a currently cost ineffective, unproven alternative which breaks every rule of economics"

"Lockdown. £500bn wasted on furlough, bounce back loans, track and trace, and the like – extending the free money QE delusion ... "

"They have failed to address the uncontrolled and grossly inefficient level of public spending ... "

" ... Is our education better, or health, or police force? Is the army and navy bigger? Are we less regulated and able to go about our business unhindered? In fact, what exactly is there to show for this staggering rise?"

"Inexcusable though, is the inability to control the growth of the state ... A 25% increase in public spending over lockdown of which 80% has stuck as the economy has opened up"

"Despite this Hunt can find nothing to cut"

" ... with inflation at 11.1% and gilts yielding 3% the cost of servicing that debt will likely go from £40bn to £105bn by next year, an increase of greater than the entire defence budget"

Yet have we reason to suppose that any major political party would be any better? They are all in this doom-loop together.

I predict that the days of the political parties are numbered.