When Push Comes to Shove, Does the Climate Change Narrative Still Stand? 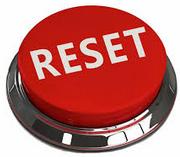 Perhaps it really does take a war to concentrate the mind.

Human beings tend to follow their habits and rightly so - if it works don't change it. Habit enables us to navigate the daily routine without applying a great deal of thought to the process.

The problem with that of course, is that when the process becomes inappropriate, the tendency is to continue as per established habit, which no longer produces the required result.

Rethinking established habits is hard work though, and we are not in general well disposed to volunteer for the task - and when the habit is a group-think affair, getting the group to rethink is an order of magnitude more difficult than just having one person do the rethinking. Now add in everybody's differing vested interests and we can see that the agreed way forward may be tricky to iron out.

So a German scientist (from the relative financial security of retirement) making the case that we should reconsider our devotion to the scientific modelling that gave us "Climate Change" in the light of having scrapped nuclear and got into a huff with the Russians, seems to be a timely first step back along the road to sanity; a first step that the Ukraine war may just provide sufficient discomfort to provoke others to follow.

“ ... it is completely wrong to assume that 97% of climate scientists, or even more, would assume only anthropogenic warming"

" ... the research studies ... are not based on a secure physical foundation ... but rather represent computer games that reflect what was fed in”

" ... the UN’s Intergovernmental Panel on Climate Change overestimates by five times the thermal effect of doubling carbon dioxide in the atmosphere"

" ... the recent increase in CO2 has caused warming of less than 0.3°C over the last century"

" ... climate science requires a fundamental review of the hypotheses and a shift away from the widely established climate industry"