The Geopolitics of Climate Change - 2050 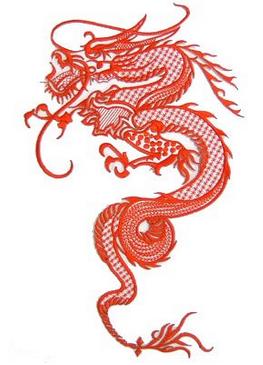 Yesterday i had my introduction to the JR Nyquist blog, and today I encounter the Climate Discussion Nexus article on the alleged Chinese ambition to dominate the world ...

Now I have to say that I have no firm information - we are certainly in the realms of speculation, but as they say, if the cap fits, wear it.

World history has been littered by a long succession of folk who felt that they were entitled to rule the world (or as much of it as they could get their hands on before their regime fell apart) and would go to any lengths to do so. The problem that we face today is that the world has been shrunk to such an extent by sea travel, air travel, probably soon sub-orbital space travel, and recently by what we might christen zoom travel, that it is now perfectly possible for a dictator or tiny cabal of the rich and powerful to hope to establish world rule, to their own exclusive benefit.

Probably not, since there would always be somebody even in a small ruling class that would want the power for themselves and would stop at nothing to get it. It would be ancient Rome writ large, only worse.

The rule of law only works for all if applied equally and respected by all. Too many nations these days seem to be departing from this standard. In fact our own government for some years has seemed to prefer to talk of a mysterious "rules-based order" which sounds neither well defined nor well understood.

In most nations the government has the monopoly on legal violence and coercion. When applied in accordance with the rule of law as accepted by all, this monopoly works, but are we now departing from this standard? The double-standards recently evident in policing in the western world do not reassure, and one begins to value the thinking of the founding fathers of the constitution of the USA.

After 70 years of peace (Vietnam, Afghanistan, Iran, Iraq, Palestine, Israel, Syria, Libya, much of Africa and many others close your ears for a moment) we in the west have become accustomed to believe that the days of conflict are behind us permanently, but it would be surprising if conflict were not still brewing in less overt form. Has human nature really changed its spots to that extent?

Perhaps the real challenge for the world's peoples today is not "how can our lot come out on top without us getting destroyed?" but "how can we govern ourselves so that we can all live in peace and harmony and all equally reap the massive opportunities offered by peaceful and harmonious cooperation?".

Whilst the answer to that question may have to wait awhile longer, today's feature article from CDN draws attention to the twin concepts of geopolitical ambition and the green agenda.

"In our judgment, so entrenched are the CCP’s influence networks among British elites that Britain has passed the point of no return, and any attempt to extricate itself from Beijing’s orbit would probably fail"