Call to Arms from The Freedom Cycle 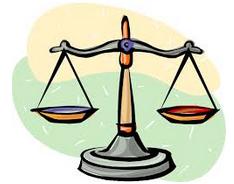 This call to arms from the Freedom Cycle reports on the latest intention of the Bernician to launch a legal prosecution of the alleged British criminals behind the Covid crimes against the British people.

This has been a long time in gestation - understandably so since the prosecution envisaged will if successful up-end our Parliament, Civil Service, NHS, UKHSA, MHRA, and likely much more.

It is probably no exaggeration to suggest that it will ultimately lead to a new constitution reconfirming Common Law as the primary legal notion in our British Isles - a primary position that in law does still pertain but which has become so mired in an overly complex judicial system that it has become more than somewhat obfuscated.

As a great believer in the value of returning to first principles in order to repair and rebuild, this is a form of creative destruction that I personally could support, should this historic prosecution be successful.

However, it goes without saying that the massed ranks of the establishment will close up to fight this tooth and nail by all available means both legal and illegal.

Expect lockdowns, curfews, media control, troops on the streets. Nothing will be off limits.