Those Who Seek the Truth Must Look at the Data 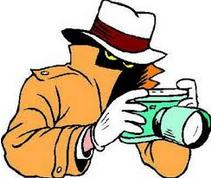 This is a hard look at an extremely controversial topic, yet it may be a topic of the utmost importance for the future of the world as we know it.

Those who are irrevocably committed to the notion that our governments work for us with our best interests at heart (despite examples such as Mao, Pol Pot, Hitler, Stalin, Napoleon, and many others throughout history) should stop reading now (and ponder why it is we have elections every few years).

Martin Geddes is a man who has spent much of his life in IT (as have I - I relate to his thoughts in most respects even if I might use different words).

This article looks at the latest state of the world through the prism of the "Q" phenomenon.

What is the Q phenomenon?

I tried a popular search engine to see if I could find a balanced description but all I found was many accounts of "QANON conspiracy theory". Q is not QANON. Pedantically, There is no such animal as QANON. There is Q and there are ANONs. The search engine failed me. We may however accept that the composite phenomenon of Q and ANONs is loosely labelled QANON. And in the absence of proof it is technically correct to describe their interest as a "conspiracy theory". It is not correct however to use this as a term of disparagement - it is simply theorizing about a possible conspiracy. When were conspiracies abolished? When was theorizing about them placed off-limits? You would have to disband all the official bodies whose duty it is to investigate complex criminal fraud!

The best description of this phenomenon that I have found is also by Martin Geddes (all roads lead to Rome"!) and may be downloaded here. You don't have to read all ten essays though, the summary is succinct and sufficient:

"There are essentially two interpretations of the QAnon phenomenon:

This is “white hat” military intelligence making the greatest drop of insider information to the public ever released, in order to prepare people for #TheStorm.

You must be out of your mind to pay the slightest attention to any of this. It’s a total fraud and only the gullible and naive would ever fall for it"

I too have been "following the data" (in some areas) and for the same reasons I find myself in much agreement with Martin Geddes. I have not however researched the "Q" phenomenon in sufficient depth to come to proven conclusions; although Q is clearly real, the question is whither it leads us and to what purpose? I think that the evidence in favour of the first interpretation becomes more mountainous every day, even if still technically circumstantial. At what point do you concede that no other explanation is realistic? Even the best science goes with the best explanation that fits the facts until a better explanation comes along.

For the purposes of this article we accept the first interpretation.

You could and should also consider how we may interpret other phenomena of our age -  the UN, the WEF, and many others elected and unelected. We know the "official" purpose, but feel disinclined to wade through the vast amount of official verbiage to try to work out if their actions are consistent with the words. The truth is that even if we had access to independent evidence of their actions and the results, most of us would find this a Sisyphean task. Oh, and if you throw in the innumerable supporting global NGOs QUANGOs and "philanthropists" then . . .

It really is a minefield out there, and although there are plenty of voices who compete for our attention, very few are independently trying to map a safe way through for us.

So I welcome Martin Geddes' contribution to the debate on both the meaning of Q and the meaning of life in 2021, and hope that you will find it accessible. Even if in parts it may be unfamiliar (I had to read it a few times) I think the juxtaposition of his analysis with his experiences in the politics of internet academia does serve nicely to illuminate his thinking.

It's not all hard going, and his point is ultimately a simple one