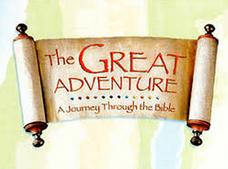 It has been apparent to many that the current world is heading for a reset of some kind.

Our erstwhile carefree post-war existence looks set to be ending soon, either in a world-wide tyrannical technocratic clampdown of progressively less freedom and more compliance, culminating in outright loss of all meaningful freedoms, or there will be a counter-revolution to reverse this downward spiral and restore individual freedom to its full-flowering potential.

The choice is pretty stark.

We have on this site posted several interpretations of how the downward spiral may be unfolding under the "Great Reset" menu. We have also posted a few articles under the "Greater Reset" menu that attempt to illuminate how a greater reset may unfold, but I think it fair to say that much less is currently known about how such may manifest.

Below I offer you a startling, even revelatory, presentation that sets both of these future pathways into the overarching context of God's Time. Now it's true that many will be put off by this concept and by its Biblical genesis, and it is understandable that as the various churches over the last 2000 years have not distinguished themselves by their obedience to Biblical teachings, many have lost faith both in these institutions and by association in the Biblical teachings. However, the latter still stand tall in their essential truth for many who consider the churches' leaderships to be past their sell-by date.

Biblical time goes back many thousands of years, and from today's perspective much is assumed lost in the mists of antiquity - how much trust can we put in Biblical stories that relate seemingly impossible tales from so long ago that even the timeframe is not apparent any more to most? And the Bible is only one of many document streams from long ago and far away that have somehow survived the passage of millennia, yet are still thought worthy to provide spiritual guidance to many today.

Nevertheless if one can for a moment set aside the apparent conflicts between Biblical writings, and the history of the world as it is taught today (which also exhibits many demonstrable flaws of truth and logic as we discover more ancient sites that defy rational explanation), then I suspect that many will find this video exposition of Biblical prophesy quite extraordinarily relevant to current circumstances.

As with all the best theses, this one starts from first principles. Fundamentally it's not complex, although it does require some leaps of imagination. If you can postpone reconciliation with your preconceptions until later (recommended) then you will likely find it arresting.

Bear in mind that this was first uploaded in 2018 - the significance of this becomes very apparent towards the end ...

As mentioned earlier, you may need to reconcile this with your preconceptions.

I too have this problem! And I'm not going to attempt that via any rigorous process of truth and logic - frankly, life is too short.

So for myself I am simply at the end of the day going to revert to intuition, and faith in a just and benevolent universe that should not penalise me for my failings provided I maintain my faith in the power of love freedom and justice. To some that will be heresy, to others simply a practical response.

I hope you have found this useful. It has certainly given me food for thought, even if it turns out to be misconceived.