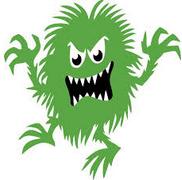 Recently we have seen many full-page advertisements in the British press which feature the claim (above a very disturbing image of an elderly person in an oxygen mask) that:

Covid-19 is the disease caused by SARS-Cov-2 the virus. It is possible to have the virus without symptoms but to be recognised to have the disease one must have symptoms, so this statement falls at the first hurdle. Nevertheless, let us be generous and examine the alternative statement that:

One must assume that they have identified these people who didn't know they had SARS-Cov-2 from the widespread testing of asymptomatic people in the general population through use of the RT-PCR test, sometimes referred to as the "gold standard" of tests for SARS-Cov-2. This is the only test in widespread use.

How accurate is the test for SARS-Cov-2?

The WHO has recently published a note reminding us that this RT-PCR test is liable to produce a high proportion of false positive results when applied in a population with a low prevalence of the virus. The general asymptomatic population at large undoubtedly has a very low (one might say vanishingly small) prevalence overall, or everybody would be sick.

This high proportion of false positives is because this test is designed to detect fragments of DNA/RNA which may come from the virus, or which may occur naturally either from dead particles of infected cells post infection or other sources. It does not always imply that the person is infected with significant quantities of the real virus.

Therefore the RT-PCR test is liable to produce a significantly inflated estimate of the prevalence of viable SARS-Cov-2 in the general population.

The assumption that a "case" identified by the test is always a real live infection is fundamentally flawed.

Now let us consider the evidence for asymptomatic propagation of the virus.

JAMA: "the most widely circulated general medical journal in the world"

The JAMA Network published an analysis of 54 studies with 77,758 participants, which concluded that the estimated overall household secondary attack rate was 16.6% - but that included all positive individuals both symptomatic and asymptomatic.

Correcting for the presence of symptomatic cases, the secondary attack rate for asymptomatic infections was estimated to be 0.7%, and below 5% with 95% confidence.

So in conclusion, if the test is flagging up more cases than really exist, and if the alleged asymptomatic spread occurs in less than 5% of the real viral infections, then ask yourself:

a) Could the government's statement be true?

b) Does the advertisement give a fair impression of the alleged danger?

This is left as an exercise for the reader.